Home
About Us
History

The Righter Company, Inc. was founded in Columbus, Ohio, in 1976 by Donald and David Righter, a father and son team.  As a general contractor, the company slowly but steadily grew.  Their construction services included: 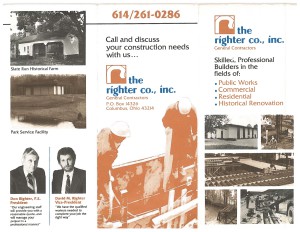 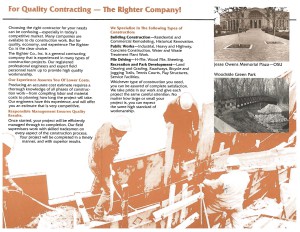 In 1984, Donald Righter retired and was succeeded by David Righter as President for the expanding and profitable construction company.  The open shop general contractor found its core work in the civil area, working primarily for public owners such as Ohio Department of Transportation (ODOT), Ohio Department of Administrative Services, and various Ohio counties and cities, while maintaining some involvement in the private sector with selected industrial clients and the telecommunications markets.  In 1994, with the launching of the Piling and Shoring Division, the company recognized a construction specialty need that matched the work

experiences and the strong engineering expertise that the company had developed.  The Righter Company mourned the loss of David Righter, on April 15th, 2005, after a long and courageous struggle with cancer.  On December 27, 2015, The Righter Company mourned the passing of its co-founder, Donald Righter, after a brief illness. Donald was 96 years old and, until a few years previous, had still assisted with estimating in our civil division. We will strive to continue their legacy for years to come.

In December 2002, Bradley R. Nadolson was promoted to President.  Brad graduated with a Bachelor of Science degree in Civil Engineering from The Ohio State University in March of 1986, and is a Professional Engineer in Ohio, West Virginia, and Kentucky.  He started with The Righter Company in October of 1986.  He is a resident of the City of Columbus.

In May of 2011, The Righter Company introduced The Donald W. and David M. Righter Scholarship for Civil Engineering and Construction Management to honor the father and son team who founded the general contracting firm in 1976. This is a part of the BX Scholarship Program, administered by the Builders Exchange Foundation, which is funded increasingly through perpetual scholarships established to honor a particular industry icon or family. 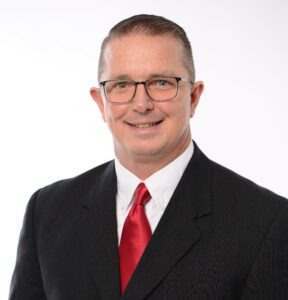 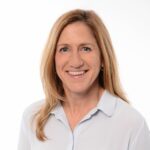 On May 1, 2020, Michael D. Killilea, II, and Tracy L. Ferguson purchased the company from Brad Nadolson, and Mike was promoted to President.  Mike joined The Righter Company in 2002 as a Project Manager and Estimator for the Civil Division.  Mike is an Alumni of The Ohio State University and received his Master’s in Business Administration from Capital University in 2001.  Mike is Professional Engineer and a Certified Professional in Erosion and Sediment Control (CPESC).  Mike and his family reside in the Pataskala area.  Tracy joined The Righter Company in 2000.  Tracy has been the Controller of Righter since 2003 and became a Corporate Officer in 2005.  Tracy and her family reside in the Worthington area.