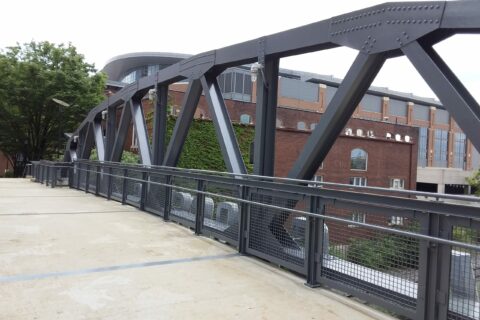 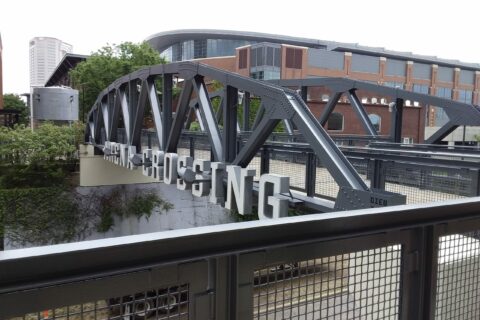 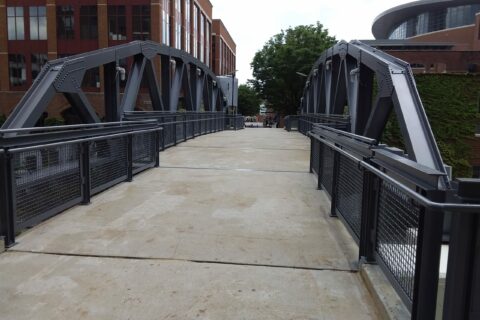 Dwayne McVey and crew have completed the rehabilitation work at the Ludlow Alley Pedestrian Bridge in the Arena District.  The work included replacement of the existing bridge bearings, concrete sealing, and painting the bridge trusses & railing.  Righter’s field crew was Clay Slevin, Jim Richmond and Rob Richmond.  Key subcontractors were 360 Construction Company and Twin Rivers Construction.  This is another one of the 20 bridges that is part of Righter’s contract with the City of Columbus on the Bridge Rehabilitation – Annual Citywide Bridge Contract (2019) project.